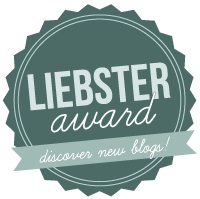 Just after I sent my last post out into the world I received a comment informing me that I had been nominated for the Liebster Award by an interesting Irish bloke…historian, musician, poet, and teacher. I love how quickly words travel in this day and age.

You can check him out here:

I am copying the rules of the award from his blog

I will quote from his blog about the Liebster Award, that he in turn quoted from his nominator:

The Liebster Award is very unique in the fact it brings recognition to the smaller blogs of the ‘verse.  With that in mind, all of the nominated blogs will have under 200 followers.

1. Thank the Liebster Blog presenter who nominated you and link back to their blog.

3. Nominate 11 blogs who you feel deserve to be noticed and leave a comment on their blog letting them know they have been chosen.

The Questions I was asked:

(1) What most defines the decade you were born in? I think the 1960’s were about change, taking a stand and creating a new way

(2) Why do you write/draw/paint etc? The stuff in my head needs to come out…

(3) What is your favourite gangster movie? I don’t know if you would consider it a gangster movie in the tradtional sense but I love Gross Pointe Blank…which is about a hitman

(4) What song most reminds you of your teenage years? I could never chose just one…perhaps I would say anything by Springsteen- especially the albums Darkness on the Edge of Town & the River…but we knew every word to every song on the Born to Run album: Thunder Road, Tenth Avenue Freeze Out, Born to Run, Jungle Land, and She’s the One

(5) What is your favourite period of history? Whatever period I am learning about at any given moment…but I am partial to the late 18th century, living in Philadelphia, I was the (live-in) site manager for an historical house museum- The Samuel Powel House- he was the last mayor of Philadelphia under the British Royal Crown & the first mayor under the US Constitution…he and his wife Elizabeth were good friends with George & Martha Washington.

(6) What is your favourite swear word? Fuck
(7) What is your favourite TV programme? I recently realized I have been watching a long-running soap opera, General Hospital- off and on for over 30 years…
(8) Describe yourself in three words? Open, Creative, Grateful
(9) Name the person that influenced you the most? My father believed that the key to success was figuring out what makes you happy…not necessarily an easy thing to do…but a worthwhile task, because if you don’t know what makes you happy, no one else will either.
(10)Do we, as a society, value beauty over intellect? I think there are people who do, but I work to attract people into my life who value intellect…AND who can see the beauty in things that aren’t especially so.
(11) If someone made a movie of your life what would it be called? Happy

My eleven questions to you!

Eleven Facts about me

One thought on “The Liebster Award”